Yonkers is a city in Westchester County, New York, United States. Developed along the Hudson River, it is the fourth-most populous city in the state of New York, behind New York City, Buffalo, and Rochester. It is classified as an inner suburb of New York City, directly to the north of the Bronx and approximately two miles (3 km) north of the northernmost point in Manhattan.

Yonkers's downtown is centered on a plaza known as Getty Square, where the municipal government is located. The downtown area also houses significant local businesses and non-profits. It serves as a major retail hub for Yonkers and the northwest Bronx.

The city is home to several attractions, including Untermyer Park; Hudson River Museum; Saw Mill River daylighting, wherein a parking lot was removed to uncover a river; Science Barge; and Sherwood House. Yonkers Raceway, a harness racing track, renovated its grounds and clubhouse, and added legalized video slot machine gambling in 2006 in a "racino" called Empire City. This casino-style gambling added to the attraction of the track as a destination.

Yonkers is known as the "City of Seven Hills," which includes Park, Nodine, Ridge, Cross, Locust, Glen, and Church hills. 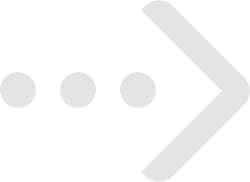